The latest move of sheer madness to come out of the White House is a plan to deploy an armored brigade to the Baltic. The White House has obviously given a lot of thought to this move because there could hardly be a more provocative and fatal international move other than blockading China's continued construction and development of the various rocks and islets it has seized in the China Sea; each of which gives China another 200 mile radius economic exclusion zone and full control of the sea bed, water space and fish within the EEZ.

What action will this provoke from Putin? We've already seen how he responds to enforce Russian interests in the most spirited and martial manner possible as he clearly demonstrated in Crimea and then in western Ukraine where Russian forces still engage in daily war with the elected government of Ukraine. We can see it in the Russian treatment of the Balkans and in their ongoing destabilizing efforts in the middle east and their continued support and bolstering of Iranian nuclear ambitions and weapon systems and technology.

I wouldn't ask them to tell anyone but it would be of some comfort to know what our deployed tripwire will do in the event of a Russian incursion (partisans, revolutionaries, Irredentist Popular Front for the Liberation of ethnic Russian Baltic SSRs), etc. It's only crazy if there is no plan that encompasses and deals with any and every response it calls forth from Russia.

What are the odds this White House has a plan? Well, they've been studying the safety of another oil pipeline from Canada now for almost 7 years without a plan to move forward. They announced that Guantanamo would be shut down within a year of them taking office over 6 years ago and yet it is still stuffed with muslim terrorists and fanatics. They were going to come up with a plan to deal with pushing a surge into Afghanistan but it took them over 18 months to go with the plan George Bush left them. They don't have a very good track record for being fast on their diplomatic feet. (Both left of course)

The President announced last week that he still has no plan to deal with ISIS/ISIL. We've been aware of the threat they pose for years and that moron still has no plan for dealing with them. The situation in Ukraine has been a shooting war for over a year and the only answer the President and the National Security Staff have come up with for that is to send Samantha Power to Ukraine to taunt Putin and deliver a nyaah nyaah speech of defiance that she and the United States are in no way prepared to back up.

One can actually hear our former friends spinning in their foreign graves or prison cells as they listen to the most faithless and feckless ally of the 20th and 21st Centuries deliver blood curdling threats like nyaah nyaah to the enemies of western civilization. Poor Reza Pahlavi, Qadafi, Mubarek and of course, Nyugen Van Thieu must be up to 85,000rpm at this point.

It's kind of illuminating how long the New York Times has been eclipsed as a serious source of news and information. If you do go to the Thieu link you can see this at the bottom of the page:


Correction: October 2, 2001, Tuesday A front-page headline yesterday on the obituary of Nguyen Van Thieu, former president of South Vietnam, misstated his place in the sequence before that country fell to the North Vietnamese in 1975. He served almost until the end, but the last president was Gen. Duong Van Minh. The obituary also referred incorrectly at one point to the year of the coup he helped organize against President Ngo Dinh Diem. It was 1963, not 1965.

No doubt the newspaper of record used source material from earlier reporting at the paper of record in misremembering who the last President of South Vietnam was and when he killed Diem.

It's interesting to wonder when the United States and Europe conducted the last realistic Return of Forces to Germany (REFORGER) Exercise. How many U.S. Army M1 tanks are left on the Continent? How many fighter wings are left? How many artillery battalions remain on Europe's plain?

Do you ever wonder if the inheritors of that nasty bit of tactics known as blitzkrieg still follow the model and have well organized and equipped Shock Armies standing by for a Channel Dash? Will they signal their intentions when they turn off western Europe's gas supply in December or would that just be seen as a‎ Démarche? I suppose any actual invasion will be countered with a Protest Note lodged at the UN by our Ambassador to the UN. It won't be Power since I'm sure she'll have seen the handwriting on the wall and resigned to spend more time with her family the day before the Soviet Armies take Antwerp and months before the light worker comes up with a response plan.

I ask you to look at the link to monster namer Samantha Power and ask yourself just one question. When did she ever spend any effort at all in advancing the interests of the United States of America?


She was a senior adviser to Senator Barack Obama until March 2008, when she resigned from his presidential campaign after apologizing for referring to then-Senator Hillary Rodham Clinton as "a monster".

Power joined the Obama State Department transition team in late November 2008, and was named Special Assistant to President Obama and Senior Director for Multilateral Affairs and Human Rights on the National Security Council—responsible for running the Office of Multilateral Affairs and Human Rights—positions that she held from January 2009 to March 2013. In April 2012, Obama chose her to chair a newly formed Atrocities Prevention Board. During her time in office, Power's office focused on such issues as the reform of the UN; the promotion of women's rights and LGBT rights; the promotion of religious freedom and the protection of religious minorities; the protection of refugees; the campaign against human trafficking; and the promotion of human rights and democracy, including in the Middle East and North Africa, Sudan, and Burma. She is considered to be a key figure within the Obama administration in persuading the president to intervene militarily in Libya.

With an ally like that, what could go wrong? Does the Montreux Convention ring any bells? 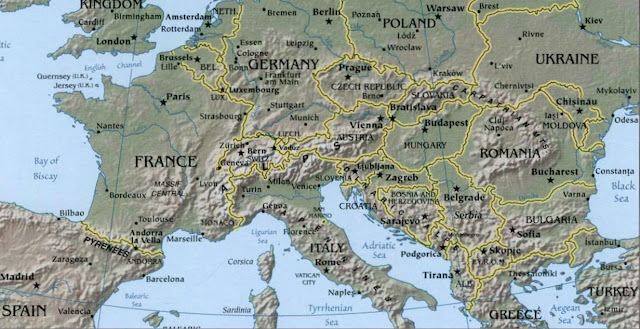