MAPPING THE FALL OF DARKNESS

It's  hard to believe that the Daily Mail could write such an ignorant and shallow piece about the spread of Islamic terror without getting any of the important details. 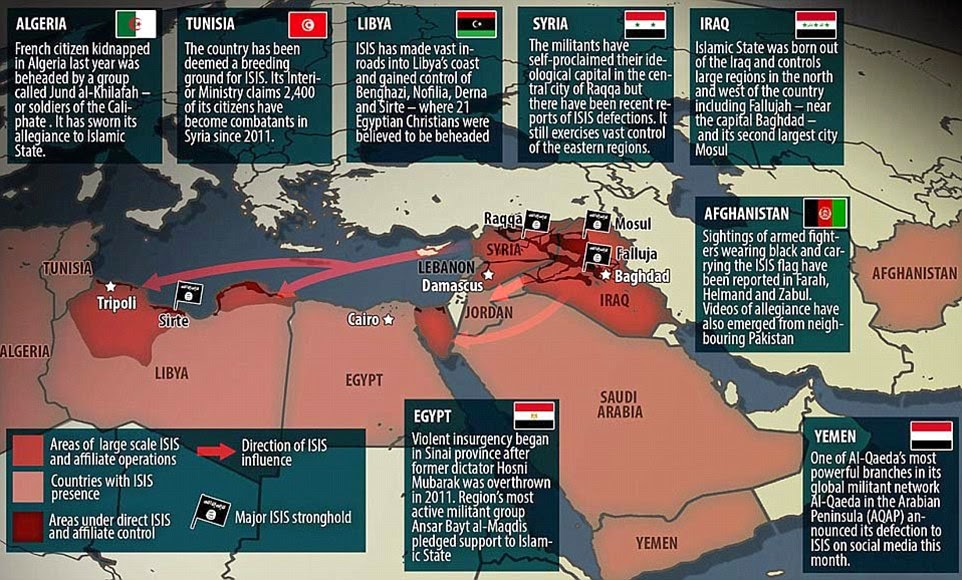 How did they miss the muslim terror attack on the World Trade Center and Pentagon, the hijacking and murder of every passenger on 4 American airliners, the London bus bombing, the Spanish train bombing, the cold blooded daylight murder of a British soldier outside his barracks in London, the ongoing assault on individual liberty and civil rights wherever muslims hold sway? Let's not forget that the attackers who hijacked our planes were Saudi citizens and lived in America for years where they masqueraded as 'tame' muslims while planning the most vicious mass murder in our history.

The single reason I supported the invasions of Iraq and Afghanistan was that it gave all the muslims all over the world who hate America and everything we stand for a place to come together and be violent to their hearts content trying to kill our soldiers there instead of plotting more and more vicious horrible murders of innocent civilians in our country. Yes, it cost the lives and grievous terrible harm to the men and women who fought and labored for us in Iraq and Afghanistan but that's what we were trained for; to fight the nation's wars in defense of the nation and people of this country. We all knew when we joined that in joining we accepted the possibility of great personal sacrifice.

There is not a smidgeon of difference between ISIS and Saudi Arabia. Their official and unofficial policies, acts and plans are identical: islam uber alles.

Shortly after it was published in 1982 I read a copy of a book by Frank Herbert. It was about a molecular biologist whose wife and family were wiped out by a terrorist bomb so he created a very selective plague in revenge. 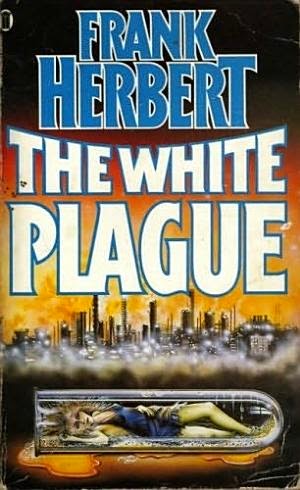 John Ringo wrote a number of books about the Zombie Apocalypse and then followed that with it's ineluctable creation. It's really interesting.

The general teaching on writing an essay or doing a speech is that you should open with a joke. Fortunately, the title has that covered for the words 'Inevitable' and 'Zombies' are automatically considered humor. It has to be, right?
Wrong. While there will be humor in this article, there is an inevitability to there being a zombie apocalypse (or at least something resembling it) and it is going to happen in our lifetimes. If worse does not occur first.
"Seriously, dude?" Yes, seriously. "WTF? You kiddin, right?" Nope.
The Zombie Apocalypse. Is. Inevitable. If you don't think so, you don't understand Moore's Law and nerds.

Moore's Law (if you really don't know what it is, look it up) in some variance applies to all emerging technology. In Untold Histories Field Marshall William Slim noted that he liked to gauge the state of industrial technology's advancement between WWI and WWII by the increase in size and power of London City busses. Milling, steam, internal combustion, while they did not precisely 'double in power every eighteen months" all folllowed a fairly set trend of improvement and thus reduction in cost and difficulty of manufacture. Building an original Apple computer took the genius of the Great and Powerful Woz. Building one, now, is literaly child's play. (For values of children.)

The same can be said of biotechnology. I recall a friend who worked in the Tropical and Emerging Diseases Lab, a Class Four Facility (highest contagion) located on the UGA campus and associated with the CDC who's team was attempting in the early Millenia to build a virus following the prescription of the first person to do so from scratch. They tried time and time again to replicate it and were unable.

In 2005, five years later, a Newsweek reporter, buying materials from EBAy, did the same thing, literally, in his kitchen. (With Spanish Flu no less. He was later fired as was the editor who approved the story since they LAID OUT THE ENTIRE RECIPE!)

That is how fast biotech advances. Moore's Law, to some extent or another, applies to all emerging technologies. One day it takes a genius, the next day anybody with the right IQ and background finds it to be child's play.

Second point: A few years ago, at a bio conference in London, a researcher proudly stood up and showed that his lab had proven they could create an infection that would infect a vast swath of population (choose species, genus, phylum or family) but only kill ONE INDIVIDUAL based upon that individual's DNA.
When he asked for questions one member of the audience stood up and proclaimed:

"We've known that in (university research center) for the last five years but we were never STUPID enough to speak about it in PUBLIC!" At which point things became shouty.

By the same token, one can create a pathogen that will infect a vast population, but only target certain races. And, yes, there are clear markers to target race for values of race. It's a term of art in biology, not a term of politics. Westphailians, for example, have distinct genetic markers. Now, Westphalians are MOSTLY still found in Westphalia but the markers are found in a huge population elsewhere (especially the US.) But Negroid? Easy. Han Chinese. Very easy. Jewish. (Racially.) Blonde. (See Live Free Or Die) Etc. 'Northern European' (white) is just as easy. Choose your target or immune population. But be careful. You may not understand your population a well as you think. (The 'crazy' president of Iran is genetically turk but most of his supporters are fars which is a variant of Northern European.)