I think I'll celebrate with a weird post....which makes this one little different from most of the rest. Whenever I think of the Happy Return I call to my mind's eye this: 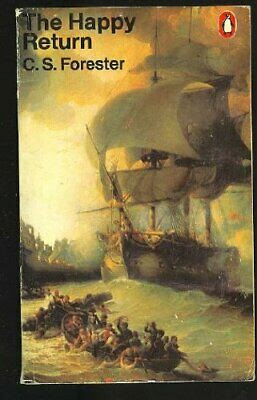 I received the boxed set for Christmas the first year in Newport. It was one of the very few things that came over every hurdle with me up until the great bonfire. It comes to mind too because I discovered three boxes of my stuff in the garage this weekend. Evidently I took them out of my car a number of years ago and stashed them on the boat and then forgot about them. One of the boxes had a fantastically valuable piece of paper and an uncashed paycheck which is also quite valuable. Another box had the oldest thing that was ever mine. That's right, a baby rattle from somewhere in Bavaria. I also found a calculator I bought in Diego Garcia in 1984 after I was railroaded into being Mess Treasurer and found my math wasn't up to the task of simple addition and substration. We were there for almost a month and I bought it in the Exchange on the one day it was open. The rest of the time it was shuttered as they took endless inventory. Diego Garcia was that kind of place back then.

There were a few minor treasures that I'd forgotten about that I brought with me but the return of blogging without directly employing html is one of the happiest returns. There were a few things that came up while I was malingering on hiatus. As a result I plan to turn to a few tests. It isn't working as well as I hoped so I'll delve a little deeper.

Yesterday our walk took us alongside the little league game where I saw the second application of the Mercy Rule in my life. Both occurring on the same field. The last time it resulted in a brawl as dads took to the field to stone the umpire or at least hit him very hard. I was looking up the rule and ran across this:

I’ll leave you with a great mercy rule story. The Roeper School in Birmingham recently won their first soccer state championship. Roeper’s coach Ed Sack says he has never cut a player or mercied an opponent in 17 years. He simply pulls his starters for the sake of sportsmanship to avoid the mercy rule altogether.

This is how we played games as kids. It wasn't that we were particularly merciful but we had the good fortune to have coaches who believed in the ineffable goal of 'sportsmanship.'
Posted by HMS Defiant at 4:56 AM