INTERESTING SUB SCRIPT MISSING FOR ONCE

Big Brother at Twit HQ has been carefully contesting most of President Trumps tweets but they seem to have slipped up here. It's most unlike them since they always seem to swoop whenever they see him making points with the electorate and insist on their right to gainsay any facts they disagree with. You can see where they leaped in to assure us of a fact they disregard and then you see that they left unanswered the statements about Biden being an utter scumbag who steals cancer dollars from researchers and claims that the money is being used on cancer research. You can also see that they don't dispute the fact that their antifa street thugs beat up a man and stole his phone as he was leaving a Trump rally. Kind of odd that, don't you think? Here is the President on Biden's next outrageous scam: 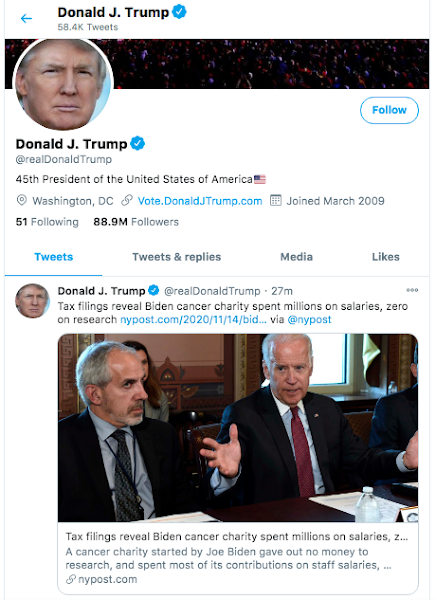 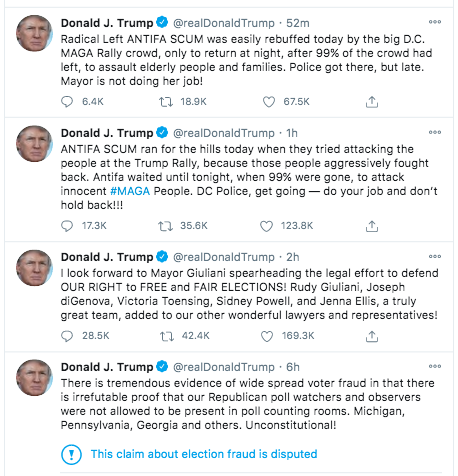 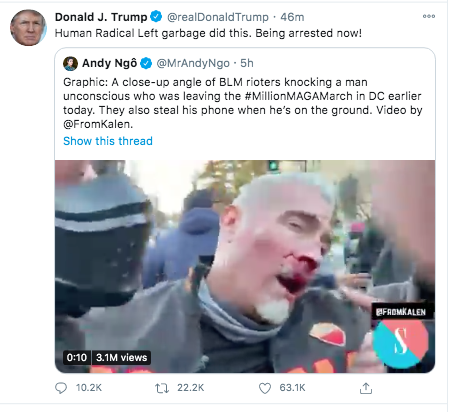