I don't know what strange thing compelled Twitter to suddenly declare war on the President of the United States but whatever it was is almost certain to doom their enterprise. Mark Twain  had something to say on the subject of making war on the wrong people and Dorsey would have done well to consider what it means to wage war with a man who can change the rules with his signature on a piece of paper any time he wants change.

Twitter may think they have some sort of lock on the business of communicating in the modern era using the modern arts but they'd be wrong. 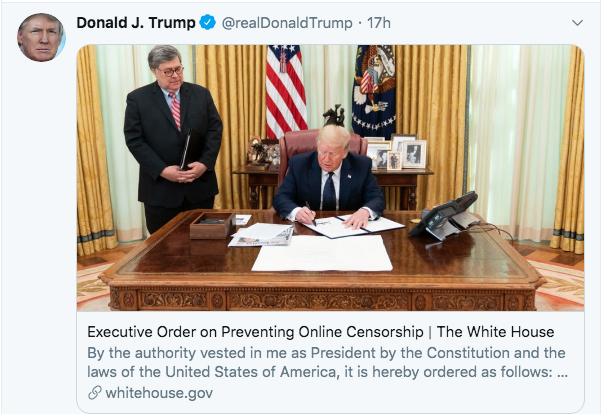 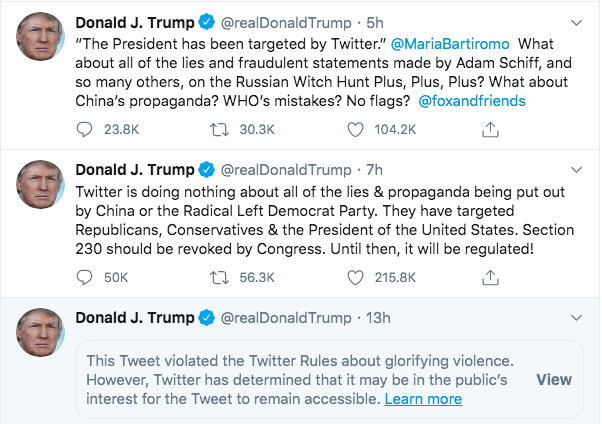