I saw this yesterday. It is profoundly true. 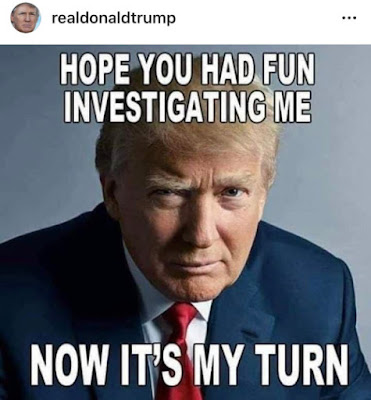 Weirdly, as President and Commander-in-Chief, he can order anything declassified and it isn't really subject to review. When he tells the Agencies he now has his appointees in charge of to pony up the information they have, that's it. There will be the now typical foot dragging by the deep state losers still in positions at the levers but this isn't one of those times that they can turn to the Courts to save them.

Needless to say, I'm really looking forward to it. The hell with an October Surprise. Let's start now. There's a lot of ground to cover and you have a captive audience until they release themselves from government inflicted jail.
Posted by HMS Defiant at 1:32 PM