SIGNALS IN THE AIR

Yesterday it looked like a turning moment for President Trump as he clearly hoisted his new orders. 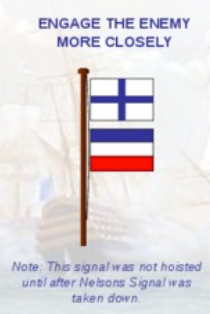 With his Press Secretary Kayleigh McEnany in the van, Trump launched salvo after salvo at the enemies of all mankind and signaled his intent to end the ruinous and anti-democratic policies of the billionaires running the world's social media who are intent on destroying the Republic and everything it stands for as they wage a Social War against us and use any and all means of silencing the right.

I keep El Jefe on my blog roll since it is about the only time Americans get to see what their President is saying and doing because God knows the media goes out of their way to make sure that he never is heard from directly on their media. You know what I mean, they always ask some Trump hating scumbag to tell us what the President said today and that hater totally twists the clear meaning and intent of the President's words all out of recognition. Here's what he's actually saying to America.

It looks like the President is ready to take the battle into the enemy and slaughter them as he finds them. I've got the popcorn ready and I'm looking forward to round 2 as the 74 gun ships of the line edge in to smash and destroy the enemy and while he's at it, gut the social justice war machine that has seen the incorporation of the spouses of the DNC who are in all the key leadership positions in the broadcast and written media of the old school.