I won't excerpt the open letter written by Sidney Powell since it is only a single page of rather concentrated venom directed at Obama and well worth your time to read. It outlines the very egregious and outrageous misconduct carried out by the unconvicted felons at the FBI, DOJ and White House during Obama's presidency and after as they fought to tear down General Flynn and launch a coup d'etat against President Trump.

I find it hard to believe Attorney General Barr didn't throw McCabe in front of a Grand Jury and then subject him to trial and jail which he richly deserves. 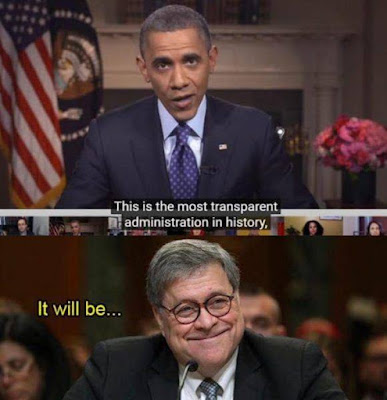