How is it that little kids were taught that sticks and stones can break their bones but words can never hurt them and bear up under such a rule to live rich fulfilling lives and yet today's college students can be harmed nigh on to death by chipmunk farts or a harsh word? The UC regents have tripped in their rush to ban free speech at Berkeley and the other mellow-stalags in the UC. They can't seem to find a path through too much curtailment of speech and too little curtailment. They might try this old saw and see how it plays with the other ignorati living vicariously at the UC:


California shall make no law respecting an establishment of religion, or prohibiting the free exercise thereof; or abridging the freedom of speech, or of the press, or the right of the people peaceably to assemble, and to petition the Government for a redress of grievances.

You and I know what the difference is between now and back then though, don't we? Back then keeping a civil tongue was a matter of life and death. These days it's just an annoying micro-aggression worthy of expulsion and derision. 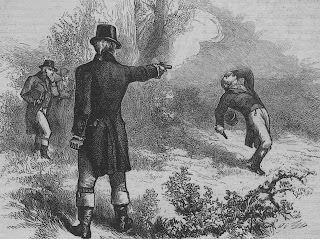 Posted by HMS Defiant at 7:00 AM
Labels: Free Speech, guns