I find it kind of fascinating that we are coming up on 100 year anniversaries of some truly awful battles from the Great War. As a boy and later, I always had a horror of this battle 100 years ago. The numbers of men killed are simply staggering and almost unbelievable to Americans today. We still and hopefully will, read aloud the names of our servicemen and women who were killed in the Global War on Terror in Iraq and Afghanistan and a few other places.

I remember standing in a used bookshop in the Tottenham Court Road about 3 decades ago and looking at the stack of books that came up to my chest. They were all part of a single set of books and all they contained was the name, rank, regiment and place and date of death in the Great War. It was a record of names single spaced in three columns per page in very small print.

There's more about the battle and the human sacrifice at the link. It's well worth reading unless you're already feeling melancholy. 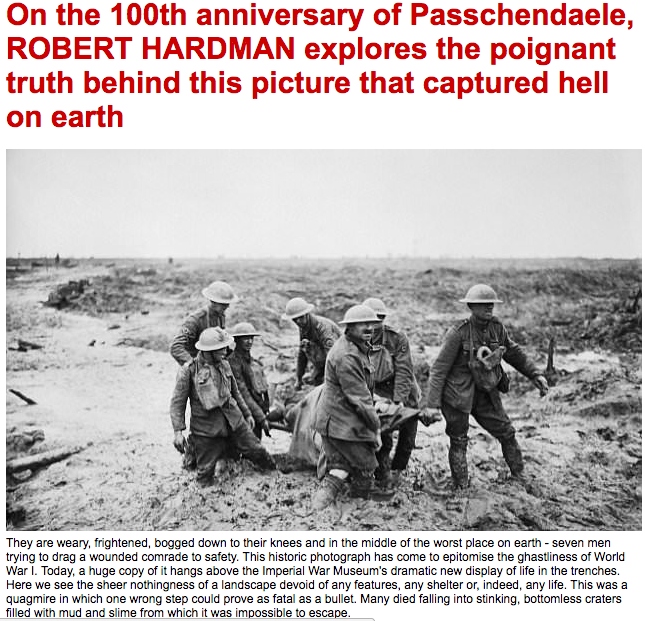