There is a story from Canada that indicates that somebody has decided to wage war on thieves. This person left a backpack on a car in front of a Winnipeg 7/11. The police and the victims are lying about what happened but reading between the lines, a truckload of stupid thieves snagged a loose backpack and drove away with it as fast as they could, at which point, it detonated.

When a mild mannered and civilized bloke like James May of Top Gear can state: Motorbike Thieves Ought to be Killed, people should listen. People are sick of the crime that goes undeterred, unpunished and never sees justice done to the perpetrators.


"We could attempt to absolve society of its responsibilities and blame the bike makers, for not providing adequate built-in security. These are platitudes. We must deal with the problem of bike thieves at its source, by killing them.

"It makes me shudder to write that. I, like any civilised person, am vehemently opposed to capital punishment and any other form of state-sponsored murder.

"Justice should not admit a public’s thirst for pure revenge. But that’s not what’s happening here. I have arrived at this conclusion not through knee-jerk reaction or impotent fury, but by a pure and unadulterated process of logic. They have to be killed."
He argued that because police don't or can't do much about gangs of motorbike thieves, the only way to stop them stealing bikes is to have them killed.

It looks like the same kind of fury has found its way to Winnipeg where I have no doubt some really tired guy simply built a bomb in his basement, put it into a backpack and left it on a car in a carpark knowing that some thieves would steal it. He probably triggered it with rf signal loss or by command. He may not build another one, but other people sick of crime without punishment are probably downloading the Anarchist Cookbook from Amazon right now. 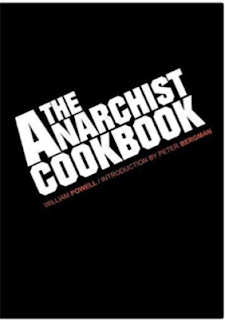 What can I say? Thieve Responibly, all that glitters is not gold.
Posted by HMS Defiant at 4:11 AM