DOWN TO GEHENNA WITH THE 'NEWS'

Jon Gabriel at Ricochet succinctly captures why I don't and won't watch the news. Read the whole thing. It takes less than 3 minutes. Here's the capture data and mind, these numbers are only from May to June 20th of this year. I expect it has gotten much much worse. The news people are like rabid animals. 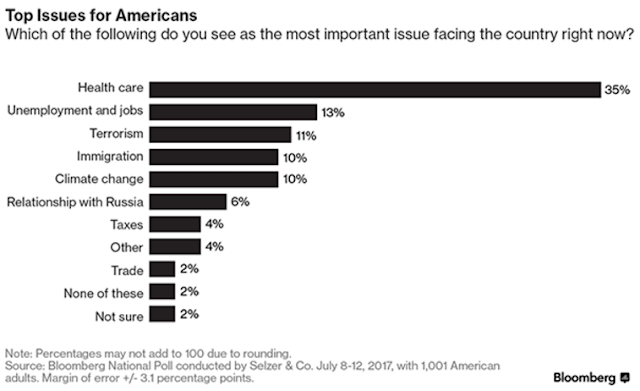 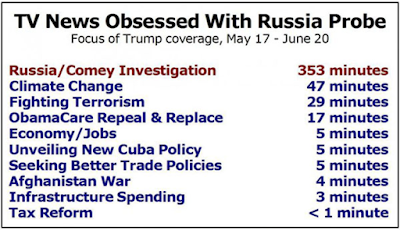 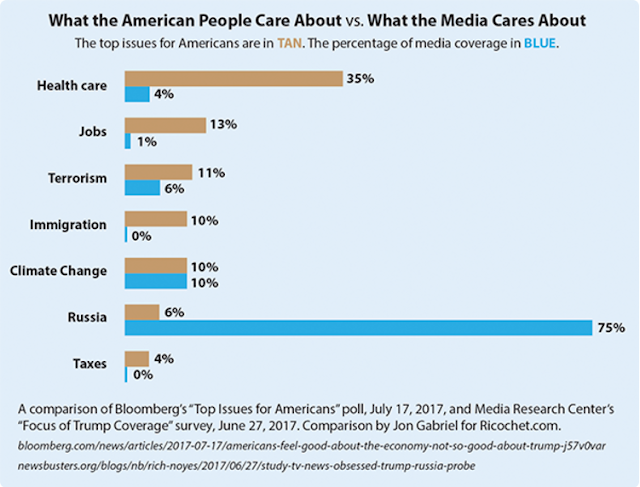 The television and cable news networks have completely convinced Trump haters but they still can't let go and have to keep hammering on this little worm casting as if it was a great mountain that needed to revealed to us ignorant rubes. The minority of the population hated and despised Trump from the very first time his name was mentioned as a potential rethuglican candidate but the media think they can influence the rest of us.

What they've done to the sane people in this country is to demonstrate their complete and insane bias. Where were they when that idiot Comey came out and declared on national television that Hillary Clinton had indeed committed felonious acts and violated the Espionage Act and, by establishing her own private email server, had sought to violate the FOIA and had illegally destroyed 30,000 emails? Where was the media when she was caught in lie after lie?

Where was the media when it was revealed that Comey had given ALL of Clinton's aides who were involved in the scheme immunity AND agreed to destroy the various pieces of their IT hardware that Hillary's aides hadn't already taken a hammer to or conveniently 'lost'?

Yes, I know, it's has ever been thus. Still, there's no reason to feed their egos or the networks which is why, around here, we don't.
Posted by HMS Defiant at 6:00 AM