TAKE OFF AND NUKE IT FROM ORBIT

It seems that the oxygen thieves thriving on selling the stupid people in the world on the idea of man made global warming are losing out on every front once they're engaged in defending the 'science' of their scam. I particularly enjoyed:

The Greens are too yellow to admit they're really Reds

From wattsupwiththat.com's fine web site filled with invaluable science on the art of global warming.
The oxygen thieves have been molding, shaping, warping, adjusting and hiding the data for so long that now it seems they want us to accept that nobody can claim that they're wrong based on the data since nobody can find the data they used to derive their scam theory. It's the South Sea Bubble writ in the 21st century and it is frightening that allegedly smart people actually buy into this hoax.

The article at wattsupwiththat is definitely worth the read. Let's remember what causes global warming and climate change. 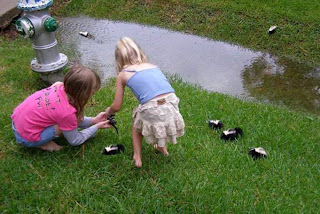