I see here and there that Justice Breyer is throwing in the towel. Yep, many 'news' sources claim that he has decided to retire and let the woke use race and sex as the sole basis for determing his replacement on the Supreme Court. That part doesn't come as any surprise to me. When was the last time a democrat was not a pure racist and sexist? They're like 100% pure Aryan at this point and use race as the single determining factor in every aspect of their relations with their fellow human beings.

But, what if Breyer never said anything about choosing to retire now and all this piffery is nothing but a scam by the Harvard bunch who disseminated yet another rumor making a claim that is totally false and leaving it for Breyer to get out of the maze they created? You know all they have to do is pop out an email to all their pals who lead CBS, NBC, PBS, NPR, ABC, CNN and MSNBC and say, "Hey everybody, put out stories right away announcing that Justice Breyer has announced his retirement."

All the Biffs and Chelseas will respond like they do and there you have it, another ice cream sandwich for Biden.

I did enjoy these though. 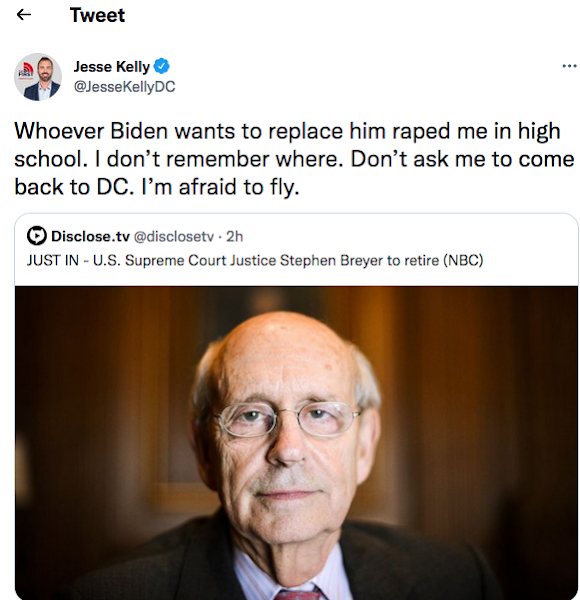 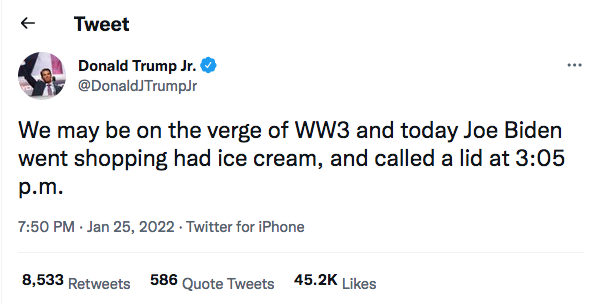 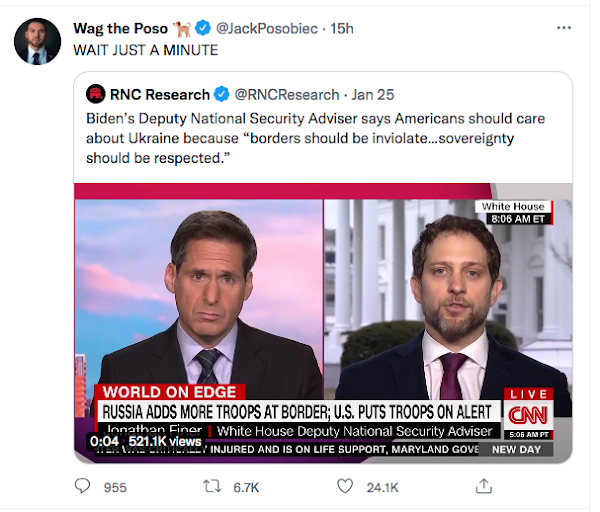