I was up late though not later than usual. That one's hard to quantify or to beat. In a couple of hours I'll walk into a clinic and have a cataract pulled out of my eye. I've been engaging in something I may no longer be able to do at will which is to say, read without glasses. It seems with my eyes once they get repaired I go from being able to read without glasses to needing them to read but not for all the other things. As we used to say, we'll see.

I was rereading a book by John Ringo. The Last Centurions is a book about the end of the world brought about by a disease and bungled vaccine deliveries and a complete loss of faith in government and its so-called experts. It also has the protagonist and all the rest of us dealing with an American president who has to be carefully insulated from reality since she still thinks that global warming is a very real problem even as the world tips into the next ice age and she also believes all the fairy-tale stories that have given us crap, drivel, stupidity and sheer outrage such as critical race theory. You know it when you see it just as you know that Biden isn't really leading this country. Any fool knows that except all those fools who fully bought into the idea that Trump was a Russian agent and still believe it despite the complete fiasco resulting from the Mueller inquisition with an unlimited budget and a list of lawyers who hate and loath Trump beyond all reason and two impeachments that went nowhere simply because the charges were stupid, fake, idiotic and also utterly unprovable.

I join the Townhall that questions the motives and the purpose of an entire party of elite law-breakers who demand that all of us must show a government issued vaccine passport if we want to engage in any of our inalienable rights laid out in the Constitution. You know those rights, leave the house when you want because you feel like, roam around town, leave town, get an education if you want, go to the library and study up on dictatorships and how to derail them, little stuff like going to Church and gathering peacably to beat the stuffing out of anti-fa facists and all the other racist little bastards.

For some reason all the democrat leaders are sold on vaccine passports to move freely about this, our country, the land of the free and the home of the 'terrified of a little virus just a shade more dangerous than the flu'. They all purely hate the idea that any citizen that wants to vote needs to be registered to vote and show an acceptable form of government issued identification. Of course, that's hard for some idiots to wrap their tiny little brains around. For instance, here in Ohio we still don't get a 'real ID' drivers license when we renew or get one. Nope, you have to ask and pay more for that for some reason even though it was mandated nation wide by Congress in order to people to wriggle passed the TSA's inept goons and board airplanes and how did that happen anyway?

Nope, not what you're thinking about the insanity of the Patriot Act, I'm talking about how did it become possible to some goddamned bureaucrats to mandate such things as closing all restaurants and banning all persons from any gatherings of 2 or more especially those gathered in HIS name and attending religious services but still let people completely fill every single seat in a transcontinental or transoceanic passenger plane. It's insane and yet it happens a thousand times a day and nobody says a thing. 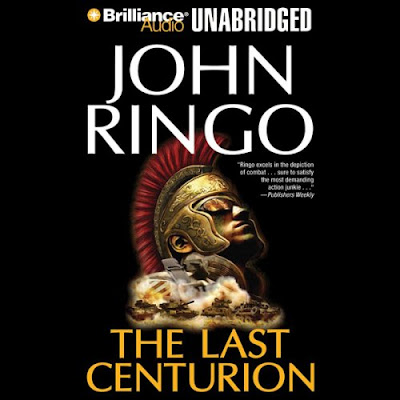 I left the publishing date there so you could see that it is just a work of fiction. The sad part, I think, is that the soldiers he writes about could just about do that thing if left to do it without assistance from State and the Pentagon and the reality now is that I don't believe it can anymore. When the leadership concentrates all of its focus on the trivial, impossible and stupid fictions they all suddenly decided were real, we got stuck with the National Guard guarding the Capital from the People and letting the largest cities in democratic states burn. We got warships too stupid to get out of the way of traffic and we got leaders who have now decided that the number one challenge facing the military is white supremacy. If the readiness numbers were public I'm sure we'd all be astonished at how rapidly real combat power melted away after 20 years fighting the same stupid way in Afghanistan, the Middle East and Africa and Asia. We have basically gone far down the path the rest of NATO sped down even before the Iron Curtain and Berlin Wall came tumbling down. NATO without the US could not beat Turkey in a stand up fight and they cannot stand against the Russian military but the people there are too stupid to know that this is true. They still think they are a worthy warrior and probably only a handful of Europeans in the West watched what modern battlefield drones armed with fire and forget missiles can do to troops in the open, soft transport and hard transport and if they can do it with drones they can definitely do it with the battlefield missiles the Russians have speciailized in since 1943.

I suppose that some day soon, we will see for ourselves. There is nothing and nobody holding China or even Myanmar in check now and I doubt anybody really knows what is going on in Korea right now.

There was a lot of truth to this speech out of the movie, The American President.


The democrats really do want to get the guns and they'll use any means at all to make owning a gun a crime despite the Second Amendment and the Constitution. They will twist the law like a pretzel to steal inalienable rights and justify it by telling you it's for your own good. They won't disarm or punish criminal use of a gun but they will punish mere ownership of a gun. You have only to see how that works in the various jurisdictions and states that have decided that there is no such thing as shoplifting and no such thing as arson, assault, etc just as long as the reliable democrat DA says so.....and they do in hellholes like Portland, Seattle, Olympia, Chicago, Baltimore, New York, etc.

What's that other truth that you see in the video above? That's right. It is now apparantly the job of government and so-called experts to find things and make you afraid of them. Fear the Virus!!!! Fear the discarded facemasks leading to death of wildlife!!!!! Fear global warming (now conveniently relabled because its rather hard to show any real evidence of meaningful manmade global warming once you get passed the fearmongering experts and lefties who all hate industrialization, white people, western civilization, etc. Fear the white supremacists whatever they are!!! Fear guns!!!!! Oh no!!! A giant ship is blocking the Suez Canal, probably for months, Fear worldwide shortage of toilet paper!!!!! Fear the Vaccine!!!!!