Ah, Buck would have spun us all a splendid yarn about how the Red Wings wuz robbed but I think he would have enjoyed the Stanley Cup this year. It was a splendid matchup of an old machine team and an upstart hailing from the vicinity of the Garlic Capital of America. Honestly, I worked in San Jose for 4 years and I'm hard pressed to find a word to describe the place. To be honest, it is one end of the tract with the other being San Francisco. As I think about it, I am pretty sure that San Francisco is the butt end of civilization. There isn't much left there after Borders vanished from Union Square. Yeah, yea, Zoe Dunning would disagree with me but she's a cheesehead so who cares.

The stices in the interstices are best appreciated on the milk train from San Jose's airport up to downtown San Francisco. I did that ride a time or two and you pass through the bits of the Pen that you could tolerate if only you could wrap your head around the fact that they really do have in their midst, a Hotel California. Srsly. When my mother checked in there I double checked that the windows in the room did open. She was visiting my sister in Menlo Park at the time, a sister who used to drive up to visit me in her 57 bus, park next to my 76 bus and have some bad coffee in my place before driving back home over the San Mateo bridge. Sounds mundane doesn't it? She did it because it was the only way to get son #2 to fall asleep. He liked to sleep in their deathtrap VW Bus and wouldn't fall sleep anywhere else.

We had a very good visit to the coast of bolts and nuts and while Asilomar is not to my taste, it suits others and it is situated in some really nice real estate. It's not Big Sur but it is Pebble Beach. Plus we spent 3 days in a place in the Berkeley Hills that I know. We had a Marine Layer the whole time but one could catch the occasional glimpse of the Golden Gate. Still, there was none of the majestic city lights of Baghdad by the Bay which I remembered of old. 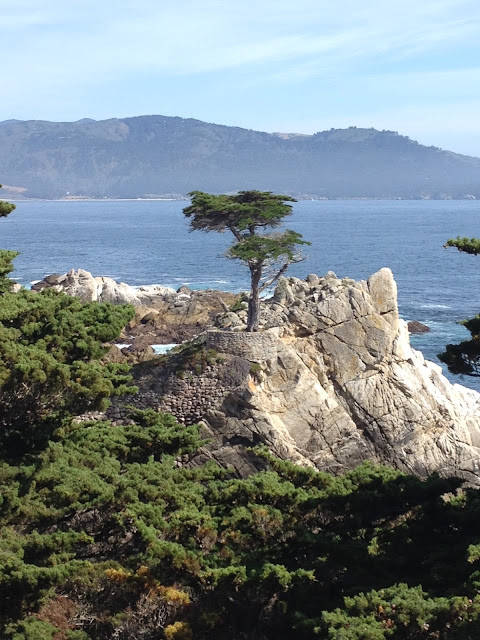 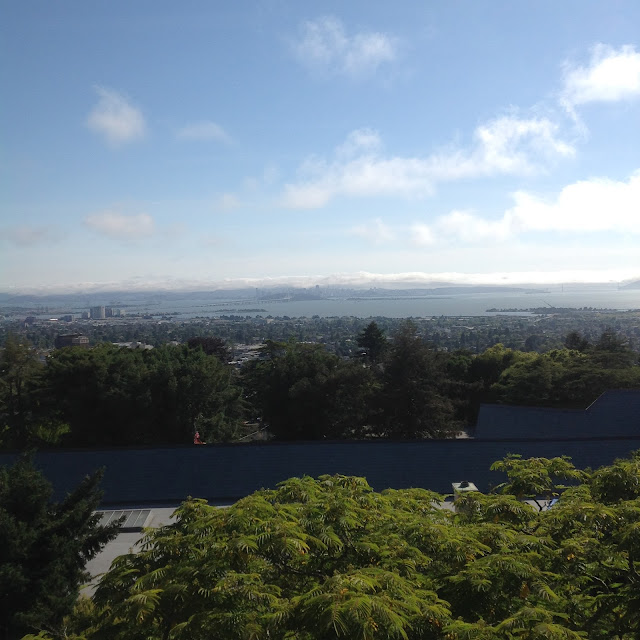 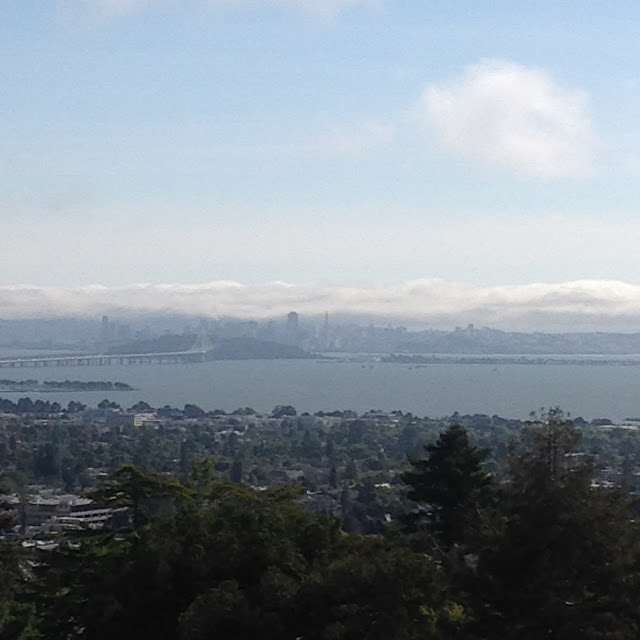 In a light twist of unreality, my heart was thrilled to visit Yerba Buena and Treasure Island because I gooned up the I-80 interchange and found us driving through the busses and military vehicles only (avec FASTPAS) lane off 580/880 which, we stopped on the side of the roadway, in the flats, and pulled out of my kit to continue our journey to mid-bay. It was interesting to drive around TI. All but Bldg 1 are pretty much gone, no Google Barge and little remains of housing or main post. The turn-off to YBI and the Coast Guard Station appeared to be gated. Didn't want to go there anyway.

We had a very good visit with my brother and his family. They are what they are. If you knew the two of them before they married you could see exactly the kind of strong independent young men they'd raise between them. It was kind of sad that the bloom had come off the rose for my sister-in-law. She was rightly appalled that the School Bond was wasted by malfeasance. It was not hard to refrain from telling her that this was always the way with school bonds. There is no oversight, no supervision, no control. The money is burned as rapidly as it comes in and seldom for what the pyre was lit for.
Posted by HMS Defiant at 4:12 AM