I found this to be a wonderful read. If you feel like the world has taken a sudden turn you might enjoy this book by Gordon Dickson. 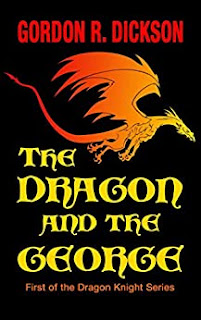 We went out last night and took in Mrs. Harris Goes to Paris. For those who really liked reading Paul Gallico, this was a wonderful picture. It is not action/adventure. It harkens back to another time.

I still follow the news, a bit, in written form. NATO, US and the EU seem to have all gone mad. If somebody set out to destroy the world economy they could not possibly choose a more destructive and hellbent form than we are all  now embarked on.

I have to admit I'm still amused by the war profiteers of this age. They make no bones about going all in on gold and precious metals and declaring that they keep them at home where they're safe but still shout aloud about the utter wrongness of the Court on all the Second Amendment stuff. Like the  farmers and hoarders who smugly announce that they'll be OK because they raise their own food or stowed away tons of it without any mention of what drives necessity to insane lengths.

I think in the second month of my blog I offered my readers a picture of my little pilot. Much older now and really wants to fly/pilot. Really needs, as I did at nearly that age, to have a good friend who is building multi-engine time for an ATR. You really need to fly to figure out if that really is your calling. I didn't fly at night and only in VFR conditions. I decided early that I didn't want to fly at night or under IFR conditions.

As we camped out in our nice house in New Harbor Maine I was continuously struck by the number of light aircraft I saw flying seaward in single engine planes at sunset. I'll take any sailing vessel or powered vessel offshore at any time day or night and even come back after dark if it has radar. Not an aircraft. They are way more unforgiving.